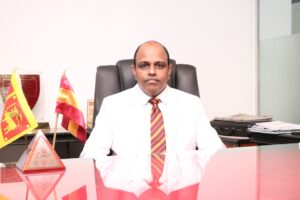 Assuming duties in January 2022 as the 27th in the line of exclusive bodies to have taken up the office of Principal of Ananda College, Colombo, Mr. D.M. Lal Dissanayake currently holds the leadership of the foremost Buddhist educational institute in Sri Lanka. Prior to his appointment, he was the Additional Director of Education for Western Province.

Mr. Lal Dissanayake obtained his Bachelor of Education from the University of Colombo.