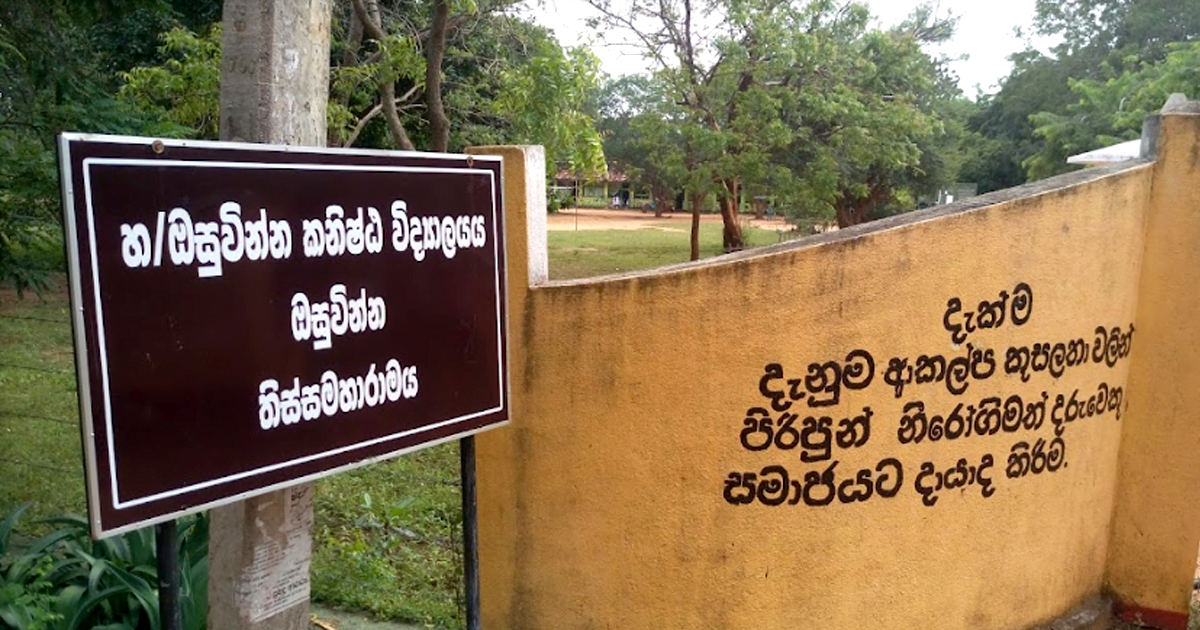 Old Anandians’ Class of 2002, the official 2002 group affiliated to the ACOBA, completed its first CSR Project for the year 2021/22 in April 2021, under the name of අනඳ මනුදම්, to uplift the standards of Osuwinna Kanishta Vidyalaya, Thissamaharamaya.

Under this project the group renovated unusable toilets and built new toilets, fully renovated the play area and the IT room. The school was donated with 3 modern computers, whiteboards, uniforms for the staff members, a sound system and the booklist for the year for all 200 students in the school solely from the donations received from the 2002 batch mates who are residing in the country and overseas. Further, a brand new water supply system was installed, main buildings were color washed and the Budu Medura of the school was renovated. The handing over ceremony was held on 3rd April 2021.

Simultaneously, under the name of අනඳ තුරු පවුර, the Class of 2002 planted mango plants within the school premises giving the responsibility to Osuwinna Kanishta Vidyalaya to take care of the trees. The Class of 2002 wishes to associate with ACOBA and other affiliated groups of ACOBA to extend the අනඳ තුරු පවුර endeavor, in order to contribute in making a greener Sri Lanka.

Established in 2019, අනඳ මනුදම් has given hope to three schools as an annual event of Old Anandians’ Class of 2002 events calendar. While creating a better studying environment for a group of students who have not received what they deserve, through this project, the Group wishes to enlighten the general public on the orientation of Mother Ananda and its 2002 batch in spreading love and contributing towards the wellbeing of the underprivileged schools in the country.